(Patriot Insider) – According to a report from WND, the latest release of documents on the Pfizer coronavirus vaccine trial by the Food and Drug Administration reveals that the company took deliberate action to exclude pregnant women from the trials, all the while health associations and officials have put pressure on expectant mothers to get the jab anyway, insisting that the vaccines were safe and effective, according to longtime Democratic consultant and investigative author Naomi Wolf.

This recommendation for pregnant women to get the vaccine was based on a study from France of 44 rats over a period of 42 days, the document says.

Wolf, who recently made an appearance on Steve Bannon’s “War Room” program, pointed to the spike in severe adverse reactions among pregnant women which coincided with the rollout of the COVID vaccine in 2021 that can be seen in data from the Department of Defense and the Vaccine Adverse Events Reporting System database that is run by both the FDA and the CDC.

“This is honestly one of the worst things I’ve ever, ever seen in my 35 years as a reporter,” Wolf went on to say.

“She has teamed with health experts and attorneys to mobilize people to pore through the thousands of documents on the Pfizer vaccine trials that the FDA was forced to release through a lawsuit after pressing to hide the data for 75 years. The findings are compiled on the website of her company Daily Clout,” WND reported.

“In a previous interview with Bannon, Wolf said the documents show that by August 2021, Pfizer and the FDA knew the vaccines were not safe and effective but rolled them out anyway,” the report said.

“An analysis of the documentation on pregnant women by a female physician, Wolf said in an interview last Friday, indicate that there were no vaccine trials conducted to determine whether or not the vaccines were safe during pregnancy or breastfeeding,” WND stated.

“All emergency use authorization excluded pregnant women, she noted, and no COVID-19 vaccine has been approved for use during pregnancy. Yet, many health organizations have strongly advocated that pregnant women get the shots,” the report continued.

One of the recently released Pfizer documents — which goes on to list a total of 21 categories of individuals who were excluded from the first phases of the Pfizer human trials — specifically excluded “women who are pregnant and breastfeeding.”

Remember that French rat study we talked about earlier? Well, the researchers in that study came to the conclusion that the vaccine had no adverse effects. But the limited period of time the study was conducted precluded observation of any sort of long-term impact.

Wolf then noted that a disclaimer disclosed that researchers were actually employed by the Pfizer company or owned stock in Pfizer or BioNTech.

Yeah, that’s not a conflict of interest or anything, right?

Wolf stated that, “44 French rats were autopsied, and their fetuses are fine, so go ahead and get injected, pregnant woman who trusts me.”

“These are massive crimes,” Wolf stated, going on to urge members of Congress to conduct their own investigations.

“Please step up,” she said, in an address to lawmakers. “We need you. Subpoena these records. We need a multi-pronged approach.” 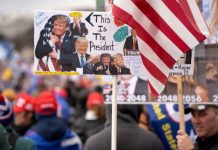