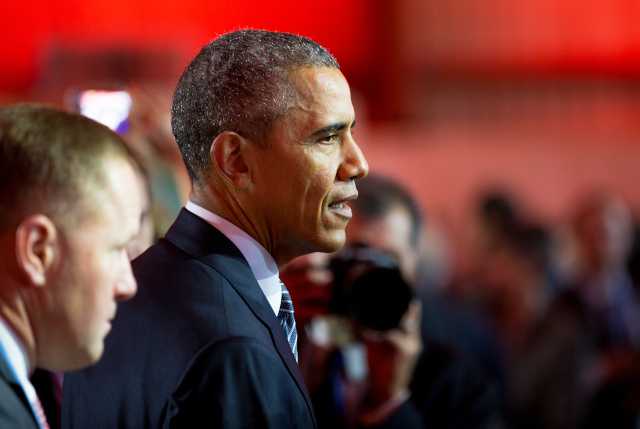 (Patriot Insider) – From the moment Joe Biden usurped the presidency we all knew he was nothing more than a puppet. He’s clearly suffering from aggressive dementia, he’s beyond senile, has no ability to speak coherently or without a teleprompter or notecards and is all around totally unfit.

So who’s really calling the shots?

It’s certainly not the so-called vice president who is totally incompetent in her own right.

The irony is that while President Trump, who was one of the greatest presidents this country has ever seen, was serving his term, unhinged leftists had the nerve to question who was actually in charge then. They loved pushing the idea that Trump was actually a Russian operative and worked for the Kremlin.

Now, with Biden at the helm, who is obviously too cognitively challenged to be in charge, no one in the mainstream is bothering to ask this question.

In an article at the liberal Brookings Institute, leftist Elaine Kamarck wrote, “What do we do if the American president is senile, unhinged, dangerously impulsive, divorced from reality, suffering from short-term memory loss, likely to start a nuclear war and therefore dangerous to the Republic?”

“In one way or another those questions have been asked (him) during his first tumultuous year in the White House,” Kamarck wrote. “The publication of Michael Wolff’s new book, ‘Fire and Fury: Inside the Trump White House’ has resurrected the issue of presidential competency.”

Yet, here we are with the most incompetent president the world has ever seen.

Is it time for Section 4 of the 25th Amendment to the Constitution to be invoked, which has never been done before?

Of course, there have to be those in Washington seriously considering this amendment. Perhaps the only thing holding them back is knowing that Kamala Harris would then take over and it’s clear she’s no better, maybe even worse.

Yet, it seems like something needs to be done. The Biden presidency has been an abject failure from day 1. Of course, that’s from the perspective of Americans who love this country. To the radical leftists and psychotic globalists looking to destroy it, the Biden regime has thus far been wildly successful.

The fact that every single decision made by Biden and every action taken by him and his fraudulent regime are abhorrently anti-American, makes it even more obvious that someone is behind the curtain calling the shots.

“What do we do if the American president is senile, unhinged, dangerously impulsive, divorced from reality, suffering from short-term memory loss, likely to start a nuclear war and therefore dangerous to the Republic?”

Despite the fact that she was talking about President Trump, her words are frighteningly true and accurate in regards to Biden, who has an abysmal approval rating of around 30%.

To top it all off, the Hunter Biden investigation isn’t going anywhere and things only seem to be heating up, which will prove to be problematic for the usurper-in-chief.

As far as who is calling the shots, WND columnist Wayne Allyn Root has some ideas. Back in October he called Biden “a brain-dead zombie puppet, incapable of knowing the difference between his wife and sister. I’m certain his wife, Jill, feeds him baby food in the White House basement – in a mask.”

He believes there are two candidates for the man behind the curtain and they are Barack Obama and George Soros.

“No. 1: Former President Barack Obama is back for his third term, to finish the job he started – the destruction of America, American exceptionalism, capitalism and the great American middle class.

“No. 2: But make no mistake, Obama isn’t the boss, either. Evil billionaire George Soros is giving Obama his marching orders. In the end, money talks. Soros has all the money in the world, along with a burning passion to destroy America. Obama takes his marching orders from Soros.”

It certainly does seem as though these are the most likely options for who is in control of the Biden regime. It may very well be an entire conglomerate of anti-American, NWO, globalists.

One thing is for sure, Joe Biden is not in charge. He’s just a puppet.

This is dementia. Anybody who has ever seen a loved one suffer from it recognizes these outbursts.
Jill Biden and the entire Democratic Party should be absolutely ashamed of themselves for having been willing to exercise elder abuse for power.
They knew before he ran. https://t.co/KyKyuReAZm

Biden at the end of his prepared remarks: "I‘m supposed to stop and walk out of the room." pic.twitter.com/10dljS5Zef

Something's SERIOUSLY wrong with Biden – and it's only going to get WORSE! It's past the point of embarrassment. He's lost. He's confused. He can barely put a coherent sentence together. He MUST have a cognitive exam and release the results! pic.twitter.com/Pk5Pq2V5Um