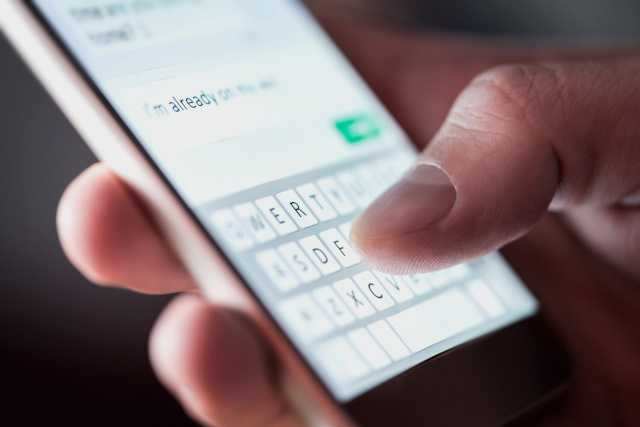 (Patriot Insider) – The sordid tale of Joe Biden’s youngest son, Hunter Biden, continues to unfold, as a new report reveals that more texts have surfaced that indicate his former sister-in-law, Hallie Biden, who then became his lover, was informed by the younger son of the commander-in-chief about his missing Chinese business partner and about his own suspected involvement in cutting an oil detail with Russia.

According to The Western Journal, the exchange between them was made known through a series of text messages dating back to December 2018, which were obtained by the United Kingdom publication, the Daily Mail.

Both of these developments seemed to cause a great deal of stress on Hunter who then texted that he felt “alone” in trying to cope with his personal finances.

“These events occurred right around the time when now-President Joe Biden was still his run in the 2020 race,” the report said.

“I find myself (because I’ve chosen to alienate all my friends and family and employees and you and the kids and my kids etc..) very alone in dealing with rebuilding an income that can support an enormous alimony and my kids costs and myself,” Hunter stated in a text to Hallie, according to the Daily Mail’s report.

Hunter went on to write that he was “dealing with the aftermath of the abduction and likely assassination (that’s what NYT’s suspects) of my business partner the richest man in the world, the arrest and conviction of my client the chief of intelligence of the people’s republic of China by the US government, the retaliation of the Chinese in the ouster and arrest of US suspected CIA operatives inside China, my suspected involvement in brokering a deal with Vladimir Putin directly for the largest sale of oil gas assets inside Russia to China …”

“And Dads running for president,” he added.

https://t.co/h19vakHtWv
All of Hunter Biden's laptop text messages can be found compiled in a searchable format on the website of Marco Polo.https://t.co/W2JSFNncPE
To verify this text message for yourself, click on link entitled “Biden Laptop Messages”, and search for “CIA pic.twitter.com/ymNQ11lYfq

However, it’s important to point out that the elder Biden did not make his intentions to run for president known until April 2019.

According to the report from the Daily Mail, the oil deal fell through in 2018.

“CEFC China Energy, the oil giant with which Hunter partnered, had offered to buy a stake in the Russian state oil firm Rosneft for $9.1 billion, according to the Daily Mail,” the WJ reported.

So the “business partner” that Hunter referred to as the “richest man in the world,” was Ye Jianming, the chairman for the CEFC. Jainming disappeared not long after his arrest in China back in February of 2018 for alleged “economic crimes,” which included bribing officials within the Chinese Communist Party.

Patrick Ho, whom Biden referred to as the “chief of intelligence of the people’s republic of China” served as the vice chairman of CEFC.

“He was convicted in the U.S. in 2018 for his role in a ‘multimillion-dollar scheme to bribe top officials of Chad and Uganda in exchange for business advantages for CEFC,’ according to a Justice Department news release from March 2019,” the Western Journal report said.

And, no surprise here, but Hunter was also connected with Ho. The communist leader hired him as his lawyer when he was arrested on bribery charges in 2017.

“Though he was clearly stressed, Hunter did not admit to having a hand in the oil deal or saying who suspected him of being involved,” the report continued. “However, there were published documents and messages that possibly linked Hunter to the failed deal, the Daily Mail reported.”

In a text exchange with then-business partner Tony Bobulinski, the younger son of Joe Biden stated in 2017 that he had no involvement in the Rosneft deal, but did go on to admit he had talked about it with Ye.

“No, I’ve been talking to the Chairman [Ye] on a regular basis. I was his first guest in his new apartment/he cooked me lunch himself and we ate in the kitchen together,” Hunter wrote in a text message, according to the Daily Mail.