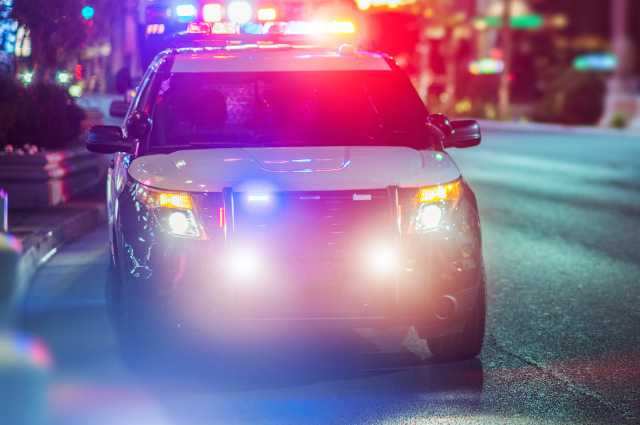 (Patriot Insider) – Nobody likes being pulled over by the police but, just like the rest of us, they’re only doing their job and their job is a particularly difficult one. Most people have respect for the police and appreciate the job they do but some, mostly those on the left, feel scorn and contempt for the police and have no problem showing it.

The Democratic Vice Mayor of Pompano Beach, Florida, was pulled over for speeding and “driving crazy” back in April. The officer generously let her off with a warning but that wasn’t enough to stop Beverly Perkins from rebuking him and dropping the F-bomb.

A video of the incident started circulating after being posted to YouTube last week. It shows a routine traffic stop that took place in Fort Lauderdale involving Perkins and the officer.

“What’s going on tonight?” the officer says as he walks up to the white Audi being driven by Perkins.

“Nothing? You’re driving crazy,” the officer replies and then asks for her driver’s license.

After going to his patrol vehicle, he returns to the car and informs Ms. Perkins that he’s only going to issue her a warning for speeding.

“Ms. Perkins, you need to slow down, OK? There’s going to be … a warning about speeding, OK?” the officer says. “Did you hear what I said?”

“Did you hear what I said? You’ve got to slow down. I’m writing you a warning for speeding tonight, OK?” the officer says.

Instead of saying “thank you” or showing even the slightest bit of gratitude towards the officer for sparing her a speeding ticket, Perkins instead responds, “I am Vice Mayor Beverly Perkins from the city of Pompano Beach. Y’all need to find something better to f***ing do,” and then speeds off.

The National Fraternal Order of Police blasted Perkins in a Facebook post, saying, “Vice Mayor Perkins, we hope you were just having a bad day when you told this Ft. Lauderdale officer to ‘find something better to F*****g do.’ Maybe apologize to the officer who was just doing his job? I’m sure this officer would be glad to have you do a few ride alongs with him or other officers to understand what they face every day.”

The Fort Lauderdale FOP also responded to the incident in a Facebook post, “Madam Vice Mayor Beverly Perkins, instead of attacking the hard-working Fort Lauderdale Police Department Officers and resorting to using profanity, we suggest you apologize and then sign up for some ride alongs to see what they do every day to protect the citizens of our great city.

“As an elected official, you too are held to a higher standard and should know better. If that is not something you can bring yourself to do, we suggest you obey the speed limit and seek anger management.”

“Furthermore, we would like to commend the [Fort Lauderdale Police Department] Officer for his professionalism and dedication to duty in keeping our community safe,” the post read.

WPLG-TV reported on a half-hearted apology Perkins issued for her rude and disrespectful behavior, during a city commission meeting on Tuesday, saying she “complied with instructions from the police officer.”

“If any exchange on my part, the conversation with the police officer, is perceived as being disrespectful, then I do apologize,” she said.

Not everyone was buying her apology. Barbara Stern, an attorney representing the Fort Lauderdale police union, pushed back on Perkins at the meeting.

“You were not gracious. You were not apologetic,” Stern said. “You were rude, unprofessional and disrespectful.”

When asked if she had any further comment, Perkins said, “I’ve made my statement at the beginning of the meeting and that was it.”

Perkins is a typical Democrat who feels entitled to treat others poorly simply because she can. Americans need to stop voting for disrespectful political leaders like her if we ever hope to bring civility back to the public square.