(Patriot Insider) – The FBI has become the political strong-arm of the Biden regime. It’s not even remotely subtle anymore. They brazenly go after President Trump, his allies and his supporters while ignoring the obvious crimes of leftists like Joe Biden himself and his son Hunter Biden.

America is in a scary situation right now. Our freedoms literally hang in the balance as freedom-loving patriots fear for their rights and safety as the rogue FBI looms in the shadows just waiting to pounce on anyone who gets a little too loud about their conservative beliefs.

The Biden regime is engaging in communist-style political persecution and unless Americans stand up and confront it, it will only continue.

Fortunately, there are brave Americans willing to stand up and fight. Trump supporter and ally Mike Lindell, CEO of My Pillow, has just announced his plan to sue the FBI as soon as possible.

Lindell spoke with The Western Journal on Monday and explained that he’s going to sue the FBI for interfering with his personal business ventures including one that recently fell through. He attributes the failure of the venture to the FBI’s harassment of him.

Lindell set up a “mini-Amazon” platform, called mystore.com, where US-based entrepreneurs could sell their products. Of course, we all know the Biden regime hates anything that is pro-America so it shouldn’t be surprising that the FBI descended on Lindell.

Four out of five business partners backed out of the deal after they learned about the FBI’s involvement in Lindell’s affairs.

“Four of them called me and said, ‘Mike, we don’t want to do business with you now that the FBI is involved,’” Lindell explained during the interview.

“People now perceive that I’ve committed some kind of a crime or done something wrong.”

A bank also pressured one of Lindell’s mystore.com partners into ending the partnership, as well, because of the FBI, Lindell said.

“One of the banks for these guys backed out and said, ‘We’re not going to give you money because of Mike Lindell now getting … the FBI stopping him for his phone,’” Lindell asserted.

Minnesota outlet The Free Press reported that FBI agents executed a search warrant while Lindell was sitting in the drive-thru of a Mankato, Minnesota, Hardee’s on Tuesday, during which Lindell was forced to hand over his phone to agents.

The search warrant was reportedly issued regarding an FBI investigation into “a Colorado official accused of allowing an unauthorized person to break into the county’s election system to search for evidence that would validate” claims that the 2020 election had been “stolen.”

Lindell says the FBI has not charged him with any crime yet but their involvement in his personal affairs could cost him “tens of millions of dollars” by putting pressure on potential business partners and vendors to back out of the mystore.com deal.

“They’re out stealing my livelihood,” Lindell said before declaring his intention to sue the bureau.

“This cannot happen in our country anymore.”

Lindell is right. This is blatant political persecution and it needs to be stopped. 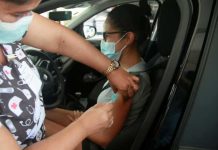